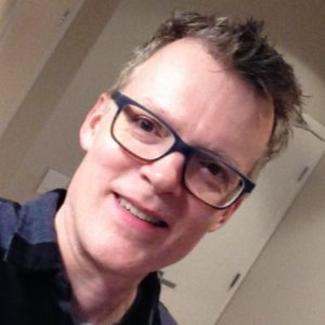 Chris Rentzel, a Dallas, Texas native living in Portland, Oregon, started composing music at age seven. Growing-up years were spent musically, but Chris went on to study photography in college. While working 9-5 jobs, Chris combined music, photography, and his weird sense of humor in a series of short films. Because of those films, Chris was chosen to co-produce “The Jack E. Jett” television show. After the death of his stepfather James Crowe, a celebrated Dallas sculptor, Chris felt a calling to quit is day job and pursue filmmaking, music, and photography full-time. By January 2008 he had completed a feature-length film, THE MANY STRANGE STORIES OF TRIANGLE WOMAN. You can rent the DVD on Netflix.com. Shortly after completion of the film, Chris discovered Portland, Oregon, where he relocated in May 2008. Since then Chris has written five short musicals, wrote music for a 75-minute musical, and made some great new friends! Portland has been a fantastic match! He currently is focusing his time on co-writing a full-length musical, volunteering for a neighborhood high school drama department, and managing an Airbnb.

2008
Writer/Producer/Director: The Many Strange Stories of Triangle Woman (feature film)