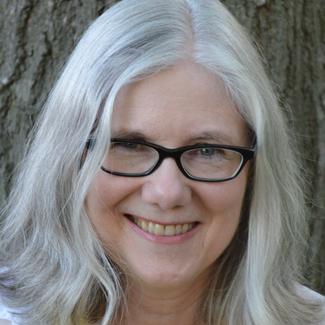 Brigid Amos has been a finalist for The Woodward/Newman Drama Award and Kitchen Dog Theater's New Play Festival as well as a semifinalist for Seven Devils Playwrights Conference, the International Thomas Wolfe Playwriting Competition, Athena Project's Plays in Progress, and IATI Theater's Cimientos. Her full length play Listen was selected  for the 2018-19 5th Wall Productions Staged Reading Series in Charleston, South Carolina. Losing the Ring in the River, a full length based on the book of poetry by Marge Saiser, was produced by Angels Theatre Company at the Carson Theater as part of the 2017-18 season of the Lied Center for Performing Arts in Lincoln, Nebraska in 2018. Her short plays have been produced by Angels Theatre Company in Lincoln, Nebraska, Metropolitan Community College in Omaha, The Barn Players in Mission, Kansas, and the Secret Theatre in New York City. Other staged readings have been presented at CenterPieces Reading Series in Roanoke, Virginia, The Midwest Dramatists Conference, and Theatre Lawrence, in Lawrence, Kansas. Brigid is a member of Angels Playwriting Collective, which she co-founded in 2013.