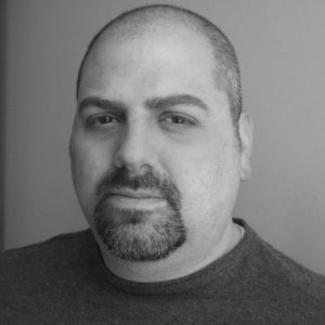 Playwright/ lyricist Brian Vinero is an alumnus of The Minnesota Conservatory of Performing Arts, The National Shakespeare Conservatory, the 78th Street Theatre Lab and The BMI/ Lehman Engel Workshop and a founding member of The New Musical Theatre Exchange.  Plays and musicals produced and/ or developed at The Praxis Theatre Ensemble, The 78th Street Theatre Lab, The Willoughby Theatre, The West Side Dance Project, The BMI/ Lehman Engel Musical Theatre Workshop and The Midtown International Theatre Festival in New York City, Theatre of Note in Los Angeles, The Jewish Ensemble Theatre in Detroit and at The Playwrights Center, The New Musical Theatre Exchange, The Classical Actors Ensemble, Theatre Pro Rata and The Minnesota Fringe in the Minneapolis/ St. Paul area.  Brian has worked directly with two Newberry Award-winning authors adapting their work to the stage, has provided text for Collide Theatrical Dance in Minneapolis, has been published by the international literary journal Aysmptote and is a contributing writer for Sea World. His rhymed verse adaptations of the plays of Euripides are available for sale on Amazon.com. Barnes and Noble and at The Drama Book Shop in New York City.  Proud member of The Dramatists Guild, BMI and The Playwrights Center.

Brian's play Like No People I Know was a finalist for The Queer Village Reading Series in New York City.

Brian's play Stirring the Plot (or, The Tragedy of Chef III) had a reading at The New Musical Theatre Exchange.

Brian's musical The Magnificent Ambersons (written with Steven Kennedy) was a finalist for the Pallas Theatre Collective's Table Read series.

Brian's play Vanity Fair had a reading at Theatre Pro Rata in Minneapolis.

An excerpt from Brian's translation of Eurpides' Medea has been published by the international literary journal Asymptote.