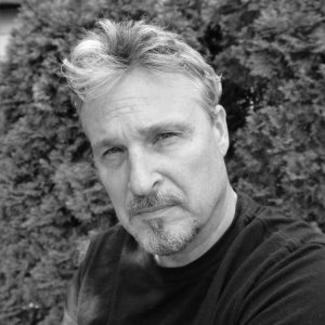 His work includes the musical play, "Mary Howling Queen of the Crazy Ones",YouTube Web series, "Sustainable Life with Unlimited Transformations", "Roosters" the book and screenplay, "The Tinkermans", a children's book  and the film, “The Rescue of Plastic Girl”.

From early in his career, trying to make a difference with his music was a main theme, for example, benefits for “Missing and Exploited Children”, "The ARC", to being a part of the original “Project Graduation”.

Later he widened his repertoire to theater and film, exploring the hypocrisies of the political environment, focusing on Healthcare in the film “The Rescue of Plastic Girl”, to the trials and tribulations of the youth in the musical play, “Mary Howling, Queen of the Crazy Ones”. The YouTube Web series about love and organ harvesting in, "Sustainable Life with Unlimited Transformations". An American Gothic story of survival of the fittest and overcoming a family tradition in, "Roosters". Rounding out with his children's  book "The Tinkermans", with musical rhyme and heart-warming illustrations by his father Richard Vadimsky, The Tinkermans tells a tale of making a family.  Brian can also be scene acting on screen and TV

Ministry of Evil: (The Twisted Cult of Tony Alamo) -  Lumberjack #5