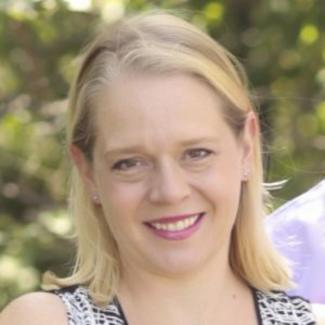 Bethany Hamilton Sandvik is the Founder and Director of Studio Theatre at CCPA.  Her play, The Cody Monologues: Famous and Infamous Women of the West won a 2017 “Honorable Mention” in Fine Arts from the Wyoming Historical Society and has been running each summer since 2016 at the Studio Theatre in Cody, Wyoming. She also serves as Marketing Director and a dance instructor at the Cody Center for the Performing Arts.  Sandvik received a BA in Communications/Theatre from Allegheny College and an MS in Arts Management from Drexel University.

Sandvik has also produced, acted, directed, and wrote professionally for the stage in both Cleveland and Philadelphia.  She was a two-time participant of the Theatre in Museums national conference at the Indianapolis Children’s Museum and has helped write and direct several devised theatre pieces for the Cody High School drama team. Sandvik lives in Cody, Wyoming with her husband Jeff and their two children, Jacob and Beatrice.