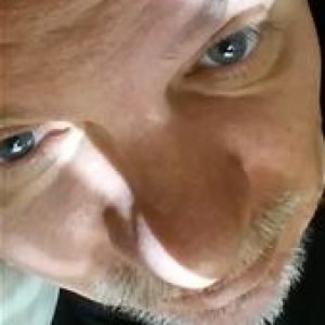 Ben Schroth is an award-winning North Texas actor, director, technician and playwright. Ben’s comedy, Sherlock Holmes Versus Godzilla, premiered to critical and public acclaim at the Pocket Sandwich Theatre, Dallas, Texas and won the 2012 Steve Lovett Award for Outstanding New Work by a Local Playwright. Sherlock Holmes Versus Godzilla was revived at PST in August, 2013 and again in July of 2016. The sequel, Sherlock Holmes On Ice! also wowed Dallas audiences. Ben's short play, Secrets of My Prison House, premiered in 2013 at MILC, Irving, TX as part of their Theatre on the Edge Series. Secrets was nominated for the 2013 Steve Lovett Award for Best New Play by a Local Author. One Thirty Productions premiered Ben’s Our Breakfast at the 2014 Festival of Independent Theaters. BHCC, Dallas, Texas. Ben's 10 minute-type monologue Tyler's Mom premiered at the YOLO Solo Fest in Dallas and moved on to the NTSU campus and then to Sundown Collaborative’s Short Works Festival, in 2014. If I Am Good, Ben's noir murder thriller, was a 2013 finalist in the Arch & Bruce Brown Foundation new script competition. You Hear That? a new 10 minute comedy, premiered as a finalist of the 2016 PlayPride at Dallas' Bishop Arts Theatre Center. Ben's raw fairy tale, Little Red, won a spot in Pegasus Theatre's inaugural FRESH READS festival-- only three plays were so honored. Ben’s Sci-Fi comedy Ganymede, won the Wordsmyth Texas Playwrights Festival in 2018.

Ben contributes as a member of Nouveau 47’s ensemble at the historic Margo Jones Theatre and works often with Pegasus Theatre. Ben is also a past member of Upstart Productions’ ensemble. Ben is a member of the Dramatists Guild of America, Inc.

"Ultimately, the piece is a brilliant study in the mundanity of middle class American life; the repetition, the oft-recited script that doesn’t actually require an audience, and the boredom that masks the underlying complexity. Like life itself sometimes, it’s a little unsettling and yet absurdly funny at the same time."--- Kris Noteboom, Theatre Jones-- about TYLER'S MOM.

"Ben Schroth is one of the city's playwrights who has earned a strong following. He writes sharp, touching plays..."-- Lauren Smart, Dallas Observer

"Very funny, wild assed comedy. I like it." -- Matt Lyle, Playwright-- about SHERLOCK HOLMES Vs. GODZILLA.

"One can only wonder what the inside of his head is like, to come up with something so brash and unapologetically crazy, able to birth a pleasing monstrosity such as this. The anarchic elements, the social commentary, and the grotesque satire combine to concoct an oddly pleasing trip that, like a drug, doesn’t last long enough and leaves the user itching for more." ---Theatre Jones on SECRETS OF MY PRISON HOUSE.