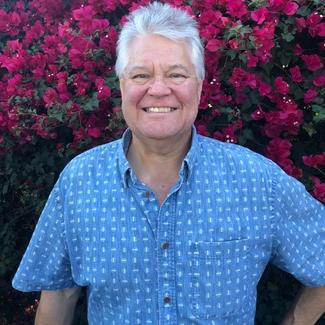 B.D.D. Parker is a North American playwright living in Southern California.  He is most successful as a playwright of short comedic plays (from One-Minute Plays to One-Act Plays).  Eight of his works have been produced and staged (six in the US and two in the UK).  He teaches Playwriting, Story Writing and Intro to Ukulele at The Hillcrest Center for the Arts in Thousand Oaks, CA.  His current quest is to find representation for his four full length plays and/or to bring them to the stage.

The career objective of B.D.D. Parker is to provide entertaining and thought-provoking writing for the stage and screen for many types of audiences and to provide opportunities for professional growth and collaboration among actors, directors, producers, and designers of costume, set, lighting and sound.

Your Dogs and Your Devices (SP), a short comedy for 4 actors, 2 Female, 2 Male, performed on October 19 and 20, 2018, in Derbyshire, UK for the Shardlow Village Hall Restoration Appeal.

Dubitable Home Improvements (SR), a short comedy for 2 actors, both Female in this production, performed on October 20, 2018 at The Players Centre for Performing Arts, Sarasota, FL, USA

Fondues and Don’ts (SR), a one act comedy play for 4 actors, 2 Female, 2 Male, selected for development at the 2nd Annual New Play Lab at the 36th Annual William Inge Theater Festival in Independence, KS, USA, received a staged reading by professional actors and feedback from professional playwrights on Friday, April 21, 2017.

The Greek Goddess of Mount Punctus, (SP) as a one act comedy play for 4 actors, 1 Female, 3 Male) was produced by The Santa Paula Theater Center Backstage, Santa Paula, CA - 9 performances, May 31- June 16, 2013, and at the Ventura County Greek Festival, Camarillo, CA - 4 performances, June 22and 23, 2013, and at The Santa Barbara Greek Festival, Santa Barbara, CA, - 4 performances, July 27 and 28, 2013.      (“Goddess” is currently in development as a full length comedy play for College audiences and as a musical comedy play.)