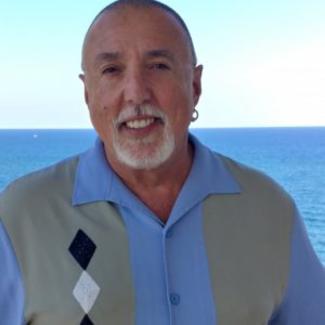 He also has extensive background as a head writer and lyricist and producer for educational children's programming.    A graduate of Harvard, where he was an editor of The Lampoon and president and author of Hasty Pudding Theatricals, he is a member of The Dramatists Guild, SDC, Writers Guild of America, West and ASCAP.

Mr. Harman wrote and directed the 5  Tony-nominated Broadway musical Romance/Romance, which was also produced in London's West End and around the world.   Off-Broadway, he wrote and directed the Outer Critic Circle award-winning musical Olympus on My Mind.   He has several new musical theater projects in development.   His musical Under Fire, which was first staged at N.Y.M.F. (where it received the American for Musical Theater Award) receives its world premiere in 2019 at Freefall Theatre in Saint Petersburg, Florida under the direction of Artistic Director Eric Davis.   He is currently developing  The Haunted Hotel with Florida Studio Theater in Sarasota, Florida and is also at work on a musical adaptation of the classic Black Beauty.

His work in prime time TV includes writing for classic shows like The Carol Burnett Show, All in the Family, The Jeffersons and for PBS, Some Enchanted Evenings:  A Salute to Oscar Hammerstein II.   His work in children's educational TV ranges from Sunbow's The Great Space Coaster, Nick Jr.'s Allegra's Window and Comedy Network's Big Bag, to animated shows ranging from Cyberchase to My Little Pony, Jem and Salty's Lighthouse.

Barry divides his time between New York and Florida.   His attorney is Mark Sendroff, at Sendroff and Baruch in New York City.   For further info, check out his website at www.barryharman.com