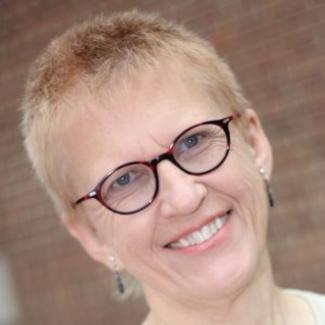 BARBARA IRVINE composed music for: The Imaginary Invalid starring René Auberjonois (directed by Keith Baxter with musical staging by Gillian Lynne) at The Shakespeare Theatre Company, Washington, DC; Ozma of Oz by Suzanne Zeder (lyrics by Jim Fritzler), Zilker Hillside Theatre, Austin, Texas; and a reading of Horton Foote’s 1918, The Bruno Walter Auditorium, New York City (directed by Gerard Mawn).
She is the author of the Introduction and Commentary for Alfred's Singers' Library of Musical Theatre, Volume 1, a series of Broadway songbooks for which she conceived the format.  Her Introduction was also used for Volume 2 of the series and she was a contributing pianist for the accompaniment CDs for both volumes.
Barbara has been a freelance theatre and classical musician for nearly 40 years.  She has been involved in more than 150 musical theatre productions in the United States and Europe, and has given solo classical piano recitals on both continents.  She is the founder of The Other Side of Broadway (www.theothersideofbroadway.net), a concert project devoted to the presentation and preservation of the classical music of theatre composers.