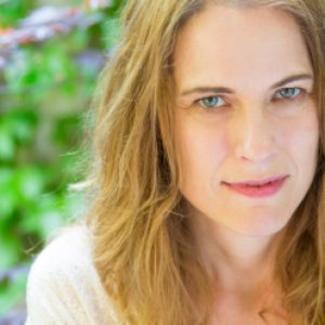 Hammond is a playwright, lyricist, librettist and screenwriter.  She is a citizen of both the United States and Ireland, and an alumni of New Dramatists.

The Royal Court Theatre commissioned her new play TERRA FIRMA which will make its off-Broadway debut with a production by The Coop in the Fall of 2019, directed by Shana Cooper. Her research took her into international waters seven miles off the coast of Essex to one of the world's smallest countries, the Principality of Sealand. Her play, WE ARE PUSSY RIOT OR EVERYTHING IS P.R. was originally a commission for the Contemporary American Theatre Festival and took her to the world's biggest country, and its courts, cathedrals and counter-culture.  She witnessed one of the last sanctioned opposition protest rallies in the centre of Moscow at Pushkinskaya Square in September 2014.  THE EVA TRILOGY had its world premiere at The Magic Theatre in the fall of 2017 directed by Loretta Greco, and her play VISIBLE FROM FOUR STATES will be at the Magic Theatre in July 2019.  She and her plays have won recognition, awards and funding from many national and international sources, including the National Endowment of the Arts, PBS, Emerson College, Duke University, the Contemporary American Theatre Festival, VGLAZ, The Venturous Theatre Fund, the Laurents/Hatcher Foundation, and the Andrew W. Mellon Foundation.  She is a member of ASCAP and the Dramatists Guild.

Playlist: TERRA FIRMA; we are pussy riot or EVERYTHING IS P.R.; VISIBLE FROM FOUR STATES; THE EVA TRILOGY: EDEN, ENTER THE ROAR and NO COAST ROAD; JAMES; BEYOND THE PALE; NORMAN AND BEATRICE and a collection of three one-acts entitled NEW YORK IN JUNE.  Film: JUNE WEDDINGS. Musical:  YOU AND ME, with composer Marc Chan