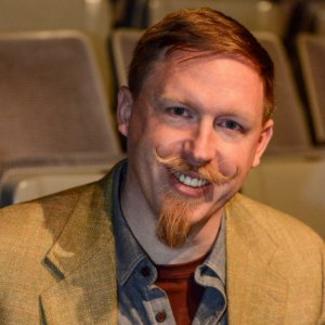 As a playwright, Arthur M. Jolly has penned over 75 produced plays, with productions across the US and in Canada, Europe, Asia, Australia, Africa, and South America. He has won  the Joining Sword and Pen competition a record three times, a Todd McNerney National Playwriting Award, a Region IV David Mark Cohen Playwriting Award, and was a finalist for the inaugural Woodward/Newman Drama Award, and a two time semi-finalist for the O'Neill Conference. In 2016, 2017, 2019 & 2021 he was a featured artist at the Valdez Last Frontier Theatre Conference. Published plays include A Gulag Mouse, The Ithaca Ladies Read Medea, Trash, Long Joan Silver, Past Curfew, The Four Senses of Love, Childish Things, and two collections of short plays Guilty Moments and Thin Lines. Published works for Children/TYA include The Christmas Princess, Ashes, How Blue is My Crocodile, How Not to Do Your Homework, Archibald the Monster, Bully Issues, Snakes in a Lunchbox, What the Well Dressed Girl is Wearing, Rising, and Bath Time is Fun Time. Jolly is a member of the WGA, The Alliance of Los Angeles Playwrights, and The Dramatists Guild and is repped by Brant Rose Agency. As a screenwriter, Jolly was recognized by the Academy of Motion Picture Arts and Sciences with a Nicholl Fellowship in Screenwriting for his feature comedy The Free Republic of Bobistan, about an oil rig worker who sparks an international incident when, to save a Cuban refugee, he declares the rig to be an independent country. The Hero, a 360° Virtual Reality feature about a traffic cop flung into the middle of a futuristic war, won the Kay Snow Award in Screenwriting, and Eightball, a dramatic short film noir, was a finalist in the Pavaline Short Screenplay Competition, and won the Hammond House/Centre University Grimsby International Literary Prize 2017 - Screenplay Category. Eightball was produced in 2018, by Hammond House, directed by Curtis Hogarth. Produced films include the feature Where We Disappear based on his stage play A Gulag Mouse, about women surviving in the bunkhouse of a prison camp; and Under the Same Sky - a feature drama for Raz Entertainment (story by Tony Kamrany, screenplay by Arthur M. Jolly and Arthur McClen) about a young Aghani-American rescuing his 8 year old niece from a forced marriage; and the short film Childish Things based on his play of the same name. In 2013, Jolly was an alternate selection for the Fox Writers Intensive. A feature version of his play A Very Modern Marriage, as well as his spec script The Cage, have been optioned.