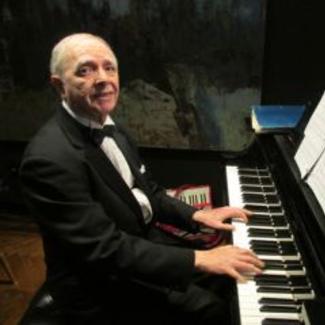 The first collaboration Arthur Abrams participated in was at the Actors Studio with Charles Friedman and Tom Attea, when Arthur composed the music  for the revue "Brief Chronicles of the time". (Charles Friedman served as a theatrical mentor for Arthur and Tom. Arthur met Charles Friedman when he was just starting his career.

Charles had been the director of such landmark shows as the original production of the landmark revues "Pins  and Needles" and "Sing Out The News." He also directed the musical version of "Street Scene." and went on to direct film musicals at 20th Century Fox under Zanuck, was the original director of the Colgate Comedy Hour, and directed the Sargent Bilko Show for seven years. He was a great theatrical craftsman, and a show doctor during the 1930s.)

Tom Attea,  Playwright and Lyricist has written  16  shows that have been produced off Broadway. The first was the revue at the Actors Studio, and the others at the publicly funded Theater For The New City. Tom received a TNC/Jerome Foundation grant as an emerging playwright, was a member of the playwrights unit of the Actors Studio for ten years and is a member of the Dramatists Guild. You can read more about him and the shows he's written at Tomattea-playwright.com.

"Brief Chronicles of the Time was performed by a talented cast of members of the Actors Studio, including Joan Copeland, who had won the Drama desk Award for best actress the previous year. She is the sister of playwright Arthur Miller

After scoring the show at the Actors Studio, Arthur Abrams continued collaborating with Tom Attea, composing music for many more shows at The Theater For The New City in New York City in New York City.  T.N.C is a Pulitzer Prize winning theater and a cultural center of the Lower East Side. You can read more about these shows at( https:/tomattea-playwright.com.)

Arthur composed scores for librettos written by Tom Attea for the musicals Abstinence, Dropping In On The Earth,  It's An Emergency Don't Hurry, Lincoln Plaza, Living In A Musical, The Capitalist Ventriloquist, An American Worker, Samantha And The Glass Ceiling, Digital Dilemmas, Heather Smiley For President, The Folksinger, America's Favorite Newscaster, and Hooked On Happiness. He also wrote incidental music for Tom Attea's plays: Life Knocks, Benedictus and Shareholder Value. (Quotations from reviews can me found at https//www Tomattea-playwright.com.

Also, at Theater For The New City, Arthur Abrams collaborated with several other writers: He worked with director David Willinger composing and performing  incidental music for the play Master and Margarita by  Jean-Claude van Itallie, a play based on the novel of the same name by Bulgokov

He also  wrote the score for the musical The Open Gate, written by David Willinger, based on the novel the Manor by Isaac B. Singer.

Additionally, he wrote incidental music for other plays by David Willinger:

Jim The Lionhearted, He Saw His Reflection, Minus One, Winter Wedding, and the Upper Lip. He also composed the scores for musicals by several other playwrights, all of which were also premiered at T.N.C. :

Laurel Hessing, composing scores for her musicals The Further Adventures of Uncle Wiggly - The Windblown Visitors, Sketching Utopia, and The Golden Bear.

Elizabeth Ruf Maldonado, composing the score to her musical: The Iron Heel.

Martin Bard,  composing the score to his show: The Axis Of Evil Vaudeville Revue

Barbara Kahn, composing the score of her musical: Unreachable Eden

Walter Corwin,  composing incidental music and songs for his shows: The World In Seven Plays, Life In Sketches, Future Tense, The Glory That Was, Laugh Damn Ya' Laugh, and the shows Late Fall. A Rope Of Sand, premiered at ATA, and  Menage A Trois, premiered at La Mamma Etc.

Ruthy Rosen, composing the score to her musical: Ludlow And Broome, performed in various NYPL branches,Henry St. Settlement, and the JCC on the Palisades, N.J.

Arthur Abrams was also pianist,music director and composer of  incidental music for the film The Golden Age of Second Avenue,

a documentary about the Yiddish Theater produced by Arthur Cantor,

hosted by Herschel Bernardi, with special introduction by Theodore Bikel.

The film has been shown many times on public television.

He was also music director and pianist for the premier of the musical Yankel In America by playwright Juliene Berk, starring Theodore Bikel at the NYC Lambs Club and worked as pianist accompanying the musical revue Song Of Israel starring Yiddish vaudevillians Ben Bonus and his wife actress Minna bern at the Mayfair Theater at 235 46th St. NYC.

Arthur was also the pianist music director and arranger for the musical One director Against His Cast by playwright-actress Crystal field which premiered at TNC and then was performed again in L'aquila, Italy.

He was also the pianist, music director for the shows  An Evening of British Music Hall, directed by Mark Marcante, and the revival of the musical Watch Your Step by Irving Berlin , directed by Bob Dah Dah at TNC.

Arthur Abrams has also appeared as jazz soloist at various venues in New York City including The Waldorf Astoria Hotel, The University club on Fifth Avenue, The Blue Willow restaurant, The Four Seasons restaurant, No. One Fifth Ave restaurant, and La Traviata restaurant in Chelsea. He has also payed champagne music for many luncheons of The Ladies of charity of the Arch diocese of N.Y. and continues to play for the Theater For The New City annual Love  Courage benefit dinners for emerging playwright held at the Player's club and National Arts club on Gramercy Park.

Arthur Abrams has also worked as a dance class accompanist, playing for classes by Mercce Cunningham, classes at the Martha Graham School, the Joffrey Ballet school and ballet classes at the Hochschule für Musik u. Theater in Mannheim Germany, He also composed a ballet, , which was recently  premiered at the Hartt school, Hartford University, Hartford Ct.

His awards include a scholarship to Pre-college at the Juilliard School of Music, a DAAD music fellowship to Mannheim Germany, where he gave a solo recital at the Städtisches Kunsthalle. He also received a scholarship to the Orff Institute at the Mozarteum in Salzburg Austria and a Meet The Composer grant for the score of the musical The Golden Bear by Laurel Hessing which was presented at the Theater For The New City.

He taught Vocal Music in Brooklyn Public schools from 1960 -1991. His last teaching assignment was at the Satellite East J.H.S for talented and gifted students. While teaching there, he collaborated with fellow teacher Lee Powell to write a musical for the Students, Rocky Guitar and the Green Guerrillas, which was a show about children wanting to plant their own community garden. It premiered at Satellite East. Then the students performed the show at T.N.C.

These same acting, singing and dancing  students not only performed the show but also planted flowers shrubs and a tree outside their school and received a Mollie Parness Award for the project which was written about in the N.Y. TIMES.