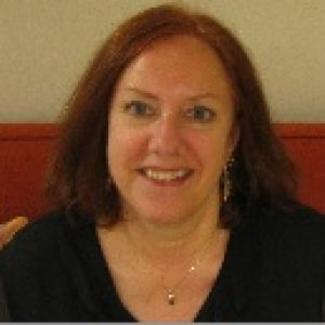 At age five, her first written monologue was from an indignant monkey launched into space. She’s come a long way since; with a boatload of short plays, long plays and everything in between…plus movie treatments, web-series and scripts.

Arlene’s play, Emigrant, about an infamous downtown building, was part of a previous East Side Stories festival at Metropolitan Playhouse.

Iriomote: Greed and ego threaten two communities, one on the Lower East Side,
one 7,0000 miles away. Again chosen for Metropolitan Playhouse this year.

Her other dramatic/comedic works include:

Surrounded: One of many projects developed in BMI’s Musical Theater Workshop.

The Rock Eater: Demystification of Howard Hughes over a fifty-year time span.

North Bend: What may have led to the tragic killings in Newtown.

83: Two strangers meet on a city bus; one from far, far away.

Wine and Cookies: The prophet Elijah and Santa together in rehab.

The River Sambre: As a teenager, the artist René Magritte sees his mother drown.

Anything You Want: A student’s pivotal meeting with Norman Rockwell.

The Keys: Reverse cyborgs learn the real consequences of being human.

Arlene is a member of The Dramatists Guild and lives in Greenwich Village.
For more info and a possible new writing gig, please feel free to email her:

Below are some very kind words about me from George Brant… author of several award-winning plays, most notably Grounded.

THE KEYS, written by Arlene Jaffe, is a finalist entry in the Atlantic Council's Art of the Future project AI-theme short play contest about the future of conflict.

The contest's final judge, playwright George Brant, remarked that THE KEYS "is buoyed by a sharp sense of humor, strong craft, and three well-defined and engaging characters. Riffing on A VISIT TO WEIZENBAUM and flipping the story to that of the AI figures was a fascinating choice and one that opened up the original while standing on its own as an engaging tale."