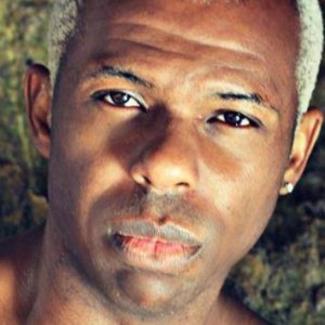 Anthony W Johnson is the creator of Ballet Magique and the Founder of Laughing Man on Fire Productions in Los Angeles, CA. Anthony began writing at nine and they have published his poetry in several anthologies. He has won several awards for poetry and has since taken the time to write a science fiction-fantasy book about angels and demons and the people who possess them. Under Laughing Man on Fire, Anthony has written four projects, and Samaco Films has optioned his screenplay " Alexis Colette". Laughing Man on fire will also co-produce with Jackie Kallen and Samaco Films, a television show that brings awareness to the Innocent Project featuring stories about prisoners accused of crimes they did not commit. Anthony has also written many songs for past live productions with Ballet Magique and will release several songs this year on iTunes and Amazon for the first time. His writing talents have led music producer Art Dixie of Hottraxx Inc. to collaborate on new slick songs for well-known artists. Johnson's background in Dance, theatre, magic, music, and wushu is extensive. That is because he has worked in almost every field of dance and theatre. Given the great opportunity to perform for many years with the Lyric Opera of Chicago under the tutelage of his teacher and mentor Kenneth von Heidecke, in Operas like "Aida" and "The Ghost of Versailles" where he flew 80 feet above the stage holding a Champaign bottle tumbling about. Other Ballet, Modern jazz companies he worked with, to name a few include The Los Angeles Opera Company, and Ballet Theatre of Chicago, Ballet Chicago, and Chicago Festival Ballet, International Ballet of Rotaru, Tampa, Colorado Ballet, Contemporary Ballet Theatre, and the Moscow Ballet, Ballethnic, The Lula Washington Dance Theatre, Atlanta Ballet, Physical Rhythm Project, James Kelly Project, Second City Ballet, Media City ballet, " Those funny Little People", Colors Dance Theatre, and Demetrius Klein & Dancers to name a few. A brief collection of Johnson's accomplishments and performances as both a dancer and/actor include; Broadway shows such as, "Marat/Sade", a Broadway tour of "Dreamgirls", "Randy Newman's Faust", and in several productions at The Black Ensemble Theatre in Chicago. The Black Theater Alliance nominated Best Actor for his role as "Tommy Gomez in "Me and Ms. D" the story of Tommy Gomez and the legendary Katherine Dunham. Other lead roles in amazing work such as "A Streetcar named Desire" and "The Amen Corner".Johnson toured with legend Sir Paul McCartney's "Drivin' U.S.A.", several Pacific Tours on Royal Caribbean Cruise Lines, and a plethora of television and film appearances including "Son of the Beach", "Hoodlum", "Skin Walker" "The World Magic Awards", "Jackson's: An American Dream", "Pirates of the Caribbean: Dead Man's Chest" and "Black Limousine". In 2004, considered the best male Lyrical dancer in Los Angeles, CA., "Dance Spirit Magazine featured an article on Anthony W Johnson with an interview about Lyrical Dancers in Los Angeles, As The Director of Ballet Magique, Johnson has received accolades from Master Magician Lance Burton, renowned illusion designer Jim Steinmeyer, The Orange County Chinese Association, and the Beverly Hills Outlook, and most recently, The World Dance Awards. Johnson also gained a Lester Horton Award nomination for "Outstanding Achievement in Choreography", Costume and Lighting Design" for Ballet Magique's "Ring of the Rose. That year his student Nobutaka Mochimaru also received the prestigious award for Male Dancer of the Year from The Beverly Hills Outlook for his performance with Ballet Magique, beating out Mikhail Baryshnikov and Carlos Acosta. Mr. Johnson has taught dance throughout the United States and abroad, He currently is on the dance faculty at IDA. Johnson taught for many years in Los Angeles at the renowned Millennium Dance Complex, the Los Angeles County High School for the Arts, The Edge Performing Arts, Westside School of Ballet, and the International Dance Academy in Hollywood where he teaches currently. Anthony has been a judge for several dance competitions such as "Showstoppers Dance competition, and I love Dance. Mr. Johnson continues to inspire and mentor students and professionals alike, most of whom have performed with the likes of Janet Jackson, Madonna, American Ballet Theatre, School of American Ballet, Alvin Ailey Dance Theatre, Alberta Ballet, Cirque du Soleil, National Ballet of Canada, and the incomparable Béjart Ballet Lausanne; On Broadway in The Lion King, The Color Purple, Come Fly Away, and Mama Mia, in television and film, So you think you can Dance, Dancing with the Stars, Step 1, 2, & 3 as well countless schools and colleges such as School of American Ballet, The Boston Ballet School, The Rock School of Ballet, The Ailey School, Béjart Rudra, Boston Conservatory, and Juilliard to name a few

I am presently shopping my dynamic musical The Da Vinci Diaries. I am also in development on my film "Alexis Colette" and my television show "C". I am currently doing events for my dance version of "12 Years a Slave", based on the book and inspired by the film.