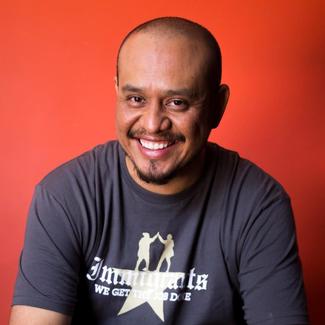 ALEX ALPHARAOH is an award-winning stage and film actor, writer, director, producer, spoken word artist, solo performer, and teaching artist from Los Angeles. He has performed in various venues and open mics throughout Los Angeles, including Da Poetry Lounge, Sunday Jump, Washington D.C.’s Busboys and Poets, and New York’s renowned Nuyorican Cafe. As a teaching artist, Alpharaoh teaches a highly popular Fundamentals of Spoken Word and Performance Poetry class, advising individuals how to connect with their deeper selves, using their words and expressions as a form of healing.

Alpharaoh is the creator of SP!T: Spoken Word Theatre, a series he originally developed at Urban Theatre Movement, where he is a founding member. He went on to produce a full run of Hollywood Fringe’s 2015 world premiere of his spoken word play Don’t Talk About It, SP!T About It at the CASA 0101 Theater in the summer of 2016. SP!T continues to grow in popularity, including a special one-night performance that was part of Da Poetry Lounge’s 1st Annual L.A. Get Down Festival this past April.

Alpharaoh had a chance to act alongside his daughter, Aileen Alfaro, in Urban Theatre Movement’s Hollywood Fringe production of Urban Unrest, which won the 2017 Premiere Award, presented by Rogue Machine Theatre, and which he also served as executive producer. Several of his one acts and full-length plays have been produced at companies such as EST/LA, UTM, Antaeus Co. and CASA 0101 Theater.

Alpharaoh developed this latest solo show, WET: A DACAmented Journey, at EST/LA, a place he has called home since he booked his first professional gig while he was still learning acting in college many years ago. WET is a story about being a new kind of American in search of the old dreams that may not exist in our country anymore. The show was originally workshopped through EST/LA’s True Story, Winterfest, and Fuel Workshop programs. 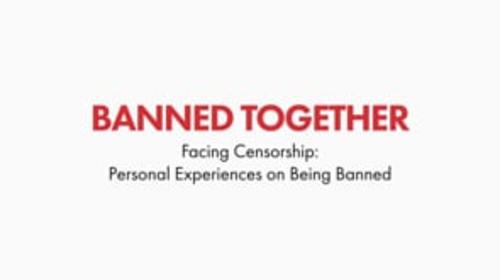 Facing Censorship: Personal Experiences on Being Banned as a Writer
Banned Together 2020: Highlighting Writers Who Have Been Censored and Cut from the Theatrical Canon Due to America's Racial Prejudices 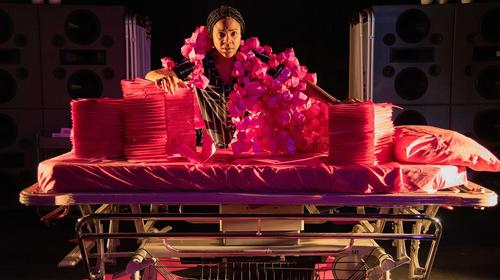