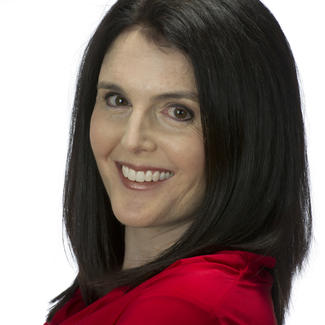 Ms. García-Romero has developed a screenplay adaptation of her play, Mary Peabody in Cuba, with actor/director/producer, Andy Garcia. She has also written for Peninsula Films, Elysian Films and Disney Creative Entertainment.

She is the U.S. translator, with Mark St. Germain, for The Grönholm Method, the internationally acclaimed comedy, by Spanish playwright, Jordi Galcerán, produced in Los Angeles and London.
​
She is an Associate Professor in the Department of Film, Television and Theatre at the University of Notre Dame. Her areas of specialization are playwriting, screenwriting, dramaturgy and Latinx  and Latin American Theater Studies. She’s also taught at the Theater School at the Pontifical Catholic University of Chile, USC, Cal Arts, UC Santa Barbara, UC Riverside, Loyola Marymount University, Macalester College and Wesleyan University.

She is a founding member of the Latinx Theatre Commons, where she contributes to The Fornés Institute. She is also the coordinator of the Fornés Playwriting Workshop in Chicago, sponsored by the University of Notre Dame.

Ms. García-Romero holds an MFA in Playwriting from the Yale School of Drama and a Ph.D. in Theatre Studies from the University of California, Santa Barbara. She's an alumna of The Goodman Theatre Playwrights Unit, Chicago Dramatists and New Dramatists.