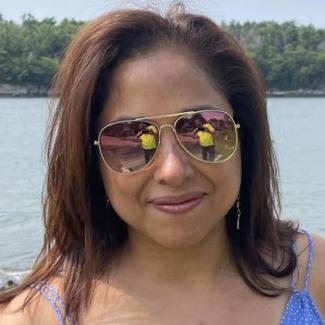 Anna Capunay is a Queens, NY native. Her plays include: COWL GIRL  - produced by the Dramatic Question Theatre in 2013. This piece was adapted into a television pilot by Arrow and Key Productions and shot at the renowned Cinespace Chicago Film Studios. The pilot garnered numerous laurels including Best of the Fest finalist at the Chicago International REEL Shorts Film Festival 2017. www.facebook.com/CowlGirl A CAT’S TALE - produced in 2015 by Paula Landry (Idea Blizzard Productions) and directed by Rick Mowat (SnackPack Productions). This piece was subsequently adapted into an independent feature and became an Official Selection at San Francisco’s Best Actors Film Festival 2016, winning Best Director for Comedy and Best Ensemble Cast for Comedy. A CAT’S TALE made its debut at the 2016 Chelsea Film Festival in New York City. (www.aCatsTaleFilm.com)  LA GOTA FRIA - awarded a grant from the Queens Council on the Arts. The piece was performed at Thalia Spanish Theatre in Queens, NY, November 2017. The play is loosely based on her family's decision to seek alternative cancer treatments for her mother who had a six month prognosis to live in 2011. Anna's mom is currently in remission from Stage IV lung cancer.    https://thaliatheatre.org/2017/11/30/la-gota-fria/