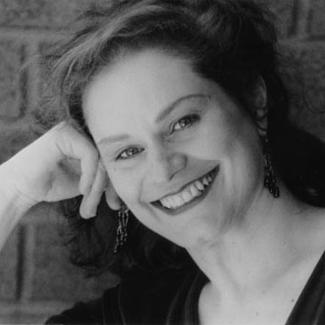 Anita Hollander has worked throughout Europe, Asia and America as an actress, singer, composer, lyricist, director, producer and teacher.  She has premiered new works of composers and playwrights at Carnegie Hall, Playwrights Horizons, and New York Shakespeare Festival, where she sang original work of Philip Glass. She received a Helen Hayes Award nomination for Outstanding Lead Actress in a Musical for the Olney Theatre premiere of The Fifth Season and originated the title role in the award-winning play Gretty Good Time at the Kennedy Center in Washington. As a two-time cancer survivor, Anita has negotiated over half her 50-year performing career on one leg, using her disability not only to enhance her roles, but to enlighten the world about disability and promote greater visibility and employment for performers with disabilities. (www.anitahollander.com)

The Kennedy Center presented her original one-woman musical Still Standing: A Musical Survival Guide for Life’s Catastrophes, which won the Audience Award at the United Solo Theatre Festival in NYC  and has garnered critical praise and awards from the New York Times, ASCAP, Billboard, and Back Stage Magazine, for writing as well as performance. Still Standing has been presented at The White House, Off-Broadway, Disney World and throughout the country (CD on iTunes). Her other one-woman musical, Walking to Canada, appears in the play collection Estrogenius 2003. She has also composed new music and songs for the liturgy of The Village Temple (NYC), where Anita has served as musical director.

Anita's other theatrical work has included a triple role in Chicago's Goodman Theatre production of The Matchmaker, a 3-legged Grizabella.....(Broadway World Top Ten),Emma Goldman in Ragtime, Fraulein Schneider in Cabaret, Meg in Damn Yankees, Aunt Eller in Oklahoma, Golde in Fiddler On The Roof, Sister Hubert in Nunsense, Blanche in Brighton Beach Memoirs, the title role in Shirley Valentine, and Mrs. Harcourt in Trump Plaza/Atlantic City’s Anything Goes. Off-Broadway, Anita starred in Theatre Breaking Through Barriers’ World Premieres of Bass for Picasso and Power Plays (which toured Japan),in Richard Maxwell’s ADS at PS 122, and JoAnne Akalaitis’ Woyzeck at The Joseph Papp Public Theatre.

On TV, Anita has been a promo announcer for NBC Today Show and narrated the acclaimed PBS series People In Motion featuring Itzak Perlman, Marlee Matlin and John Hockenberry. She's also appeared on Law & Order, Law & Order: SVU, Gotham, As the World Turns, Oz, The Sopranos, and All My Children (on which her husband and daughter, Paul and Holland Hamilton, also appeared). BBC/London featured Anita on their program From The Edge, and MTV featured her in their Celebration of Diversity. Recent films include Handsome Harry and Susan Seidelman’s Musical Chairs, as well as the short feature Etude (starring role).

Having served on the National Board of the inaugural year of SAG-AFTRA, Anita is National Chair of
SAG-AFTRA Performers With Disabilities Committee, as well as Vice Chair of SAG-AFTRA National Diversity Committee, and a member of the Actors Equity/Broadway League Diversity Coalition. A founding member of Inclusion in the Arts' project DEAL (Disability in Entertainment & Arts Link), she adjudicates for the ReelAbilities Film Festival and VSA Arts Playwright Discovery Program. Anita served as a National Co-chair of the I AM PWD Campaign (Inclusion in the Arts & Media of People With Disabilities) and maintains a Watchdog Report of disability activity in film, TV & theatre. She has enlightened audiences in theatres and schools about disability with Boston's Urban Improv, Joseph Chaikin's Body Songs at NY’s Public Theatre, Heidi Latsky Dance and Infinity Dance Theatre. She has toured as a Celebrity Against Cancer for the American Cancer Society and appeared at the U.N. for VSA Arts with Betty Buckley and Tom Brokaw. Anita also appears in the documentary Joseph Chaikin: A Life in the Theatre.

John S. Wilson of the New York Times called Anita "provocative, funny, moving, communicative and beautifully polished...She has a wide range of vocal colors which she uses with dramatic sensitivity as well as comic insight...All this plus a charming presence that flavors everything she does."