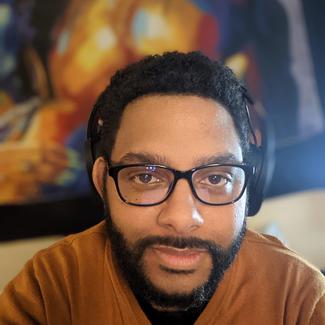 Andrew is a Seattle-based writer, performer, and content creator. His full-length plays include Riverwood, Last Drive to Dodge (recently workshopped with ACT Theatre, directed by Valerie Curtis-Newton), The Wild-Hearted, and JOURNEY WEST! The Legend of Lewis & Clark (world premiere 2018, Copious Love Productions). As a writer, his work has been produced/presented with many companies including: Seattle Public Theater, Copious Love Productions, Radial Theatre Project, The Horse in Motion, Parley, Theatre Battery, The Kraine (NYC), Theatre Southwest (Houston, TX), Playing in Progress, Fantastic.Z, Infinity Box Theatre Project, and more. As a content creator, under the name "Papadontcreech", he has amassed over 70,000 followers on the social media platform, TikTok, where he is known for his hit series': Breaking News!, Black English Explained, and Riddle Me This. Andrew holds a BFA in Acting with an emphasis on Playwriting and Directing from Cornish College of the Arts, and is an alum of Parley. A Playwrights' Group.