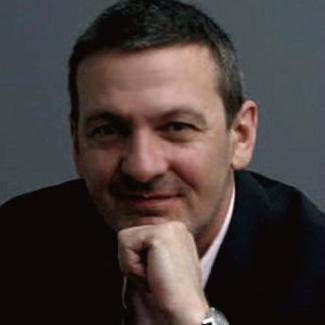 From the Royal Court Theatre in London to the Playhouse Theatre in Tasmania, the works of playwright Andrew Biss have been performed across the globe, spanning five continents. His plays have won awards on both coasts of the U.S., critical acclaim in the U.K., and quickly became a perennial sight on New York’s Off and Off-Off Broadway stages.

In London his plays have been performed at The Royal Court Theatre, Theatre503, Riverside Studios, The Pleasance Theatre, The Union Theatre, The White Bear Theatre, The Brockley Jack Studio Theatre, Fractured Lines Theatre & Film at COG ARTSpace, and Ghost Dog Productions at The Horse & Stables.

His plays and monologues are published in numerous anthologies from trade publishers Bedford/St. Martin's, Smith & Kraus, Inc., Pioneer Drama Service, and Applause Theatre & Cinema Books. He is also the author of the best-selling books “Monologues They’ll Remember You By” and “Ten-Minute Plays: The Comedy Collection.”

Originally from England, Andrew is a long-time resident of the United States. He is a graduate of the University of the Arts London, and a member of the Dramatists Guild of America, Inc.