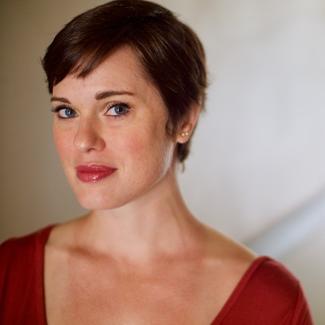 Amy Dellagiarino is a playwright and screenwriter whose work has been produced across the country. Her play The Value of Moscow was nominated for a 2019 Stage Raw Award for Best Playwriting and was recently published through Steele Spring Stage Rights. Her comedy feature film Freelancers Anonymous won the 2018 NCGLFF Audience Award for Best Women’s Feature, was a recipient of the Frameline Completion Fund Award, and earned the Reframe Stamp for gender balanced media along with such films as The Favourite, Can You Ever Forgive Me, and Crazy Rich Asians. Her short play The Misfit Mantra won Best Comedy at 2Cents Theatre’s 2018 INK Fest. She has participated in developmental readings of several of her plays with noted LA theatre companies such as Sacred Fools, Theatre of Note, Rogue Machine, and The Blank Theatre Company, and was a 2020 participant of Moving Arts Theatre's MADLab Play Development Series. Her play From the Perspective of a Canoe was a semifinalist for the 2021 Bay Area Playwrights Festival. She is the resident playwright with Dark Horse Theatre Company in Virginia as well as a founding member of Walking Shadow Readers Theatre which focuses on new playwrights and new play development. She earned her BFA from NYU’s Tisch School of the Arts.