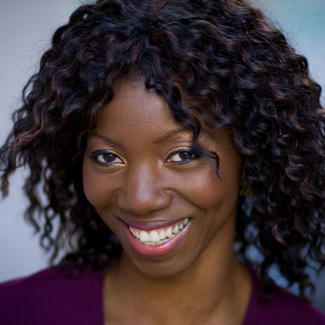 Alicia Payne is a multi-disciplinary artist whose credits encompass theatre, film, television and radio. Her professional memberships include ACTRA, CAEA, Dramatists Guild of America and Playwrights Guild of Canada where she served as President (www.aliciapayne.ca). She is an adaptive facilitator for the Metcalf Foundation Staging Change Program in association with EmcArts. Alicia is also an artist educator who works in school, community and corporate settings and participated in the 2020 BIPOC TV & Film Writing for Kid’s TV Bootcamp and the Spring 2021 BIPOC TV & Film Editing Fundamentals series with DGC Ontario. Alicia is the audiobook narrator of Flower Diary by Molly Peacock and is a co-founder of Arbez Drama Projects (www.arbezdrama.com). Alicia believes in the power of storytelling to build community.

Alicia was a presenter at the Power of the Arts National Forum 2018 for the six-episode podcast Transitioning Home. She also participated in the 2019 & 2020 Montreal Clown Festival. A reading of YO CANADA! was presented at the Toronto Reference Library as part of their 2019 Black History month series.As a participant in the Canadian Forces Artist Program (CFAP), Alicia wrote a libretto about Canadian Forces Families. In November 2015, during the Canadian Forces Artist Program Exhibition, Group 6 (2012-2013), a libretto reading was held at the Diefenbunker Museum. She participated in the The Honest 6ix Artist Residency at Toronto For Everyone. Alicia led a workshop for educators during Play! A Symposium at the 14th World Festival of Children's Theatre (2016). Additional artist educator credits include working with resilient youth as the Playwright/Facilitator for Uth Ink, St. John’s (2008/2009); Playwright/Facilitator for Uth Ink/Luminato (2010); Facilitator and Facilitator/Librettist for the Tapestry Opera INside Opera Program (2011 & 2012); and the Conference of Independent Schools Drama Festival workshops (2013 & 2014). Her one act comedy D Cup was read as part of the Garland Lee Thompson Sr. Reader's Theatre of New Works at the 2019 National Black Theatre Festival. Justice for Maurice Henry Carter (co-written with Donald Molnar) was read at the 2019 Atlanta Black Theatre Festival and has also been used as a fundraiser for the Hawaii Innocence Project at the University of Hawaii in Honolulu.  A reading of D Cup took place at the 2022 Valdez Theatre Conference.