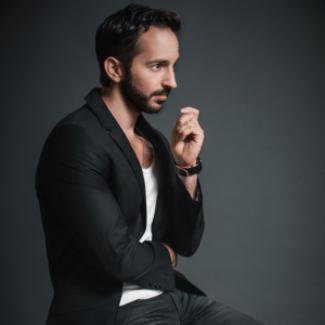 ALEX PAUL BURKART is a theatre and teaching artist based out of Los Angeles, CA.  He is the author of three full-length plays ATLAS PIT or THE GARBAGE MAN'S SON, EL CÍCLOPE (Finalist for the 2018 Eugene O'Neill National Playwrights Conference; Finalist for the 2018 Moss and Kitty Carlisle Hart New Play Initiative), STONE POINT, PHANTOM SENSATIONS, and PIVOT.  His work is centered on present-day issues fused with darkened poetic coincidence, often resulting in modern myth.  He is also the author of several one-act plays, which he has assembled into a single play-cycle called THERE BE MONSTERS.  Prior to writing, Alex enjoyed an acting career that led him to work with entertainment leaders ranging from Edward Albee to Adam Sandler.  His performance and directing work has been seen across the country.  He holds an MFA in Performance Pedagogy (Acting/Directing) from Virginia Commonwealth University and a BFA in Musical Theatre from Webster University's Conservatory of Theatre Arts in St. Louis, MO.  He is the founder of the Los Angeles New Court Theatre and is currently a the theater director at Cherry Creek High School in Greenwood Village, CO.

Atlas Pit receives a world premiere at the Working Stage Theatre in Hollywood; October 2016 El Ciclope is a 2018 Finalist for the Eugene O'Neill Theatre Center's National Playwrights Initiative El Ciclope is a 2018 Finalist for the Moss and Kitty Carlisle Hart New Play Initiative Stone Point received a reading at Zak Barnett Studios in Hollywood, CA on June 21st, 2018. His one act Pivot was presented at the Buntport Theatre in Colorado in December 2022.