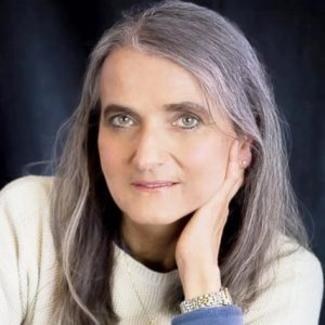 Guild Memberships/Member Organizations: Dramatist Guild since 1986; Alliance of Los Angeles Playwrights (18 yrs) (Vice-Chair 4 yrs); participated “In Our Own Voice” Bookstore readings most years, including readings of many of my shorter plays, including “Ode to the Rus Belt”; “Age of Aquarius….”, “These Walls,” “Princely Ego,” “Quandary”…. Participated in several ALAP monologue slams, some co-written monologues, some written spontaneously together by members of the group; others individually under time. My monologue, “Elevator Dreamin,” was done via the monologue slam. A Playpen reading of  my favorite script (written in various lengths, was “Devaluing the Dollar.”

I was also a member of Women-In-Theatre for 25 yrs; also 3 years Chaire WIT’s monthly Playreading Series, where I was often complimented for my even-handed, kind handling of audience criticism, comments.   Among my most often produced plays: “Confessions of a G-Man,” “Princely Ego,” “So They Say.” With my all-time favorite as stated as “Devaluing the Dollar.” “Confessions of a G-Man” runs a close second, due to its Holiday nature, and irresistible G-Man. It played most recently at No/Ho’s Rose Theatre.   My one “big win” in the competition circuit was being chosen as the First Recipient ever of the “LILLIAN HELLMAN PLAWRIGHTING AWARD,” granted the year after Hellman’s death. (The award was originally chosen by Women-In-Theatre the first 5 years. Going on to become “The Lilly Award” now given annually by the DGA.

I’m also currently a member of LAFPI, a Women’s Theatre Group/offspring of WIT (which lasted nearly 25 years as the first group promoting Women Playwrights and Actresses of Stage.   WIth LAFPI, I participate monthly LAFPI’s Micro-Reads at the legendary Samuel French Bookstore - Hollywood (with readings of my plays: “To Mom,” “Intro to 2017 SWAN Awards.” Also had Readings of“My Christmas Stalking,” “King Be He Not,” “Deep Dive. As mentioned above, LAFPI also sponsors International “Swan Day,”…honoring Women’s Theatre Achievements.

I was also initially offered ‘free’ the two weekend of NMI’s Core Curriculum. (originally scheduled s the only strictly Bookwrier in class. Unfortunately Drama- palooza conflicted with NMI’s Curriculum, so I honored my original ALAP obligations.   I also wrote a novella, “Chickenshit (A Moral Issue)” a timeless dark comedy about meat shop owner, Syd…who sold ‘paper’ chickens ironically labeled “Succulent Clucks.” A brand name that had customers. inexplicably not noticing the true paper nature of the Clucks for nearly 20 years…until the book begins, when Syd faces a mid-life crisis facing Truth in many aspects of his life.   (With the paper-chicken dilemma starting as what was meant to be a joke…when The REAL shipment of “Succulents” failed to arrive on time. Forcing Syd and his 9-year old cohort, Timmy Scubbs, to jokingly substitute hand-drawn paper chickens, with the paper bran name, “Succulent Clucks” on each. The book opens, 20 years later, with Syd in a mid-life crisis, as customers STILL clamor, begging for the infamous ‘paper’ birds. (I planned to self-publish, but have simply been my year+ back in LA. Though hopefully soon.   In addition to about TWENTY - 10-page short-to-medium plays, I’ve written two full-length scripts, as well as 3 Comedy Spec scripts for TV (when I was rep’d by Irv Schechter Co. in the ’90s, though sadly nothing significant developed from my rep. by them.

I also have a collection of approx. 125 poems called, “Impressions of a Lifetime.”   STUDIO/FILM WORK: Twentieth  Century-Fox Film Corp. – Worked as staff Production Floater for Fox TV/Film productions. Assisted/learned first-hand from many long-time Hollywood legend “family-named” execs, producers such as Alan Ladd, Jr.; and “hot” off “China Syndrome” fame, and “9 to5” movie/tv series producer, Jane Fonda. I also personally took playwrighting tips from top-of-his-game,’ Neil Simon…who often dropped by the trailer with Mel Brooks to exchange Hollywood vignettes, that showed even established playwrights/producers had to cautiously maneuver the Entertainment world. I also witnessed the filming of the incomparable “MASH” series first-hand. And ate lunch in the still Classic Fox commissary (with still the same Backdrop of the cruise ship cafeteria filmed in, “Love Affair to Remember” with Cary Grant and Deborah Kerr.   M.G.M. Film Corp: Production Assistant to various top-name producers, directors, writers in development, production of various film/TV projects produced and filmed at MGM before their merger with Turner Entertainment in the ’90s. During which, I had the honor of working on projects, and in infamous, timeless Thalberg hall with such “named” Hollywood Producers/Executives as, John Goldwyn (heir to Samuel Goldwyn), David Niven, Jr. (indie producer, son of famed David Niven, Sr.)…whose family friend, Gene Kelly, often dropped by to chat. I was also greeted by such MGM legends as Cary Grant, who came by for monthly Board Meetings.   And met Kathryn Hepburn filming her last documentary about career/personal life with legendary Spencer Tracy. I also witnessed the filming of the latest-made MGM Roaring Lion (intro to many MGM films).

As with my earlier experience at ABC, and other studios, I found myself naturally gravitating toward “top” Development Departments, Executives… with no ‘master plan’ in mind.   Turner Entertainment: When Turner bought the prior MGM film Library, I was anointed the official Synopsizer of the Film Catalogue. Eventually joining Turner Entertainment, I continued to read, synopsize, and compile the official Film Catalogue of all prior MGM scripts…now officially the Turner Collection.   Free Lance Script Reading: As mentioned, I Free-Lance Script Read at various major studios, as well as for indie producers. My credits include such employers as RKO (in its last days), 20th Century Fox, MGM Studios, Turner Entertainment (later to become TNT). Then went on to read for indie producers, such as Heritage Films (who won an Emmy for their WWII documentary). As Heritage Executive approached retirement age, his company merged with then small, “Landmark Entertainment,” who surprisingly grew to its currently humongous worldwide Landmark Theatres’ status. (Of all my experiences in the industry, not a day passes, I regret leaving Landmark so soon. Which goes to prove…you never know in Hollywood!

I also did an indie reading for numerous high-level indie producers/development execs who needed last-minute RUSH weekend coverage of key scripts. I also, while read scripts for the short-lived Ahmanson family-funded Cable Channel in the mid-’80s, as well as Interned in Mark Taper Forum in its Literary Department (as part of my USC Graduate indie project). There I read and critiqued scripts under the amazing tutelage of the Taper's Dramaturg, Russ Vandenbroucke, who generously shared his time and knowledge as a nationally ‘known and respected ’ Dramaturg.

As an aside, I took a much-needed break from Los Angeles and the Entertainment Industry a few years back and moved to Oregon, where I rented a lovely restful home in a safe neighborhood. In retrospect, the most magical, peaceful years of my life in quiet, clean Oregon with my adopted Mini-Daschund, Nikki. (Nikki, unfortunately, became ill about the time my landlords there raised the rent several hundred a month.   Perhaps not entirely thought out, I headed back to Los Angeles with just Retirement Funds, to do small theatre in Los Angeles. (Not exactly the best-laid plans…)   But, back in LA, I now belong to several local theatre groups (many I was a member of PRIOR to moving to Oregon). So in that respect, it was nice ‘coming home.’ Though the ‘landing’ hasn’t always been easy. And must admit I haven’t entirely settled yet. Though hopefully, that will come inline soon…as gradually my prior “contacts,” as well as new theatre contacts/groups constantly form.

MY CURRENT PROJECT: (3rd Part of Lillian Hellman “Little Foxes” Trilogy”) For over a year, I’ve extensively contemplated, researched, and planned. As of writing this, I’m attempting to obtain the ‘official' Rights from the Hellman Estate to write the Third Part of the Hellman “Foxes” Trilogy. (I will use the same title under which I won the Award for the first “Lilly” award the year after Lillian's death in the mid-’80s. The name of my part of the trilogy is “Northern Folk”…a name which I feel befits the projecting of the first generation of Hubbard women who finalize the Hubbard dream of moving to the ‘big city,” Chicago. As at the end of the second (“Foxes”) part of the trilogy, I pick up and  carry forward Alexandra’s infamous quote which fittingly launches “Northern Folk.” That quote: ”There are those who eat the dirt, and those who stand and watch. I will be neither.” (Which becomes in a sense becomes Alexandra’s life-long mantra in “Northern Folk.”)

In leaving behind Lionett for big-city Chicago Alexandra and Birdie (as Zann’s guardian) launch the several generational dreams of Hubbard women…to move to stylish big-city Chicago, and become worldly ‘Northern Folk.’  A dream that Alexandra and Birdie live out…with its ups and downs.   (As a footnote: While awaiting the judges' decision in this contest, I went back to read “Unfinished Woman,” in which Lillian implicitly states she "always planned to write the third part of the trilogy, but “just run out of time.” The moment I read that quote, I still remember the goosebumps…that stick with me even yet. So that when the phone rang moments later…those many years ago, I knew before I answered, I’d won the award. Why did I wait until now to finally do ‘Northern Folk?’ The time never felt quite right…’til now. For today, more than ever before, more “ARE eating the dirt.” So that every time I even question persisting, the answer instinctively always is a resounding, gut-felt “YES.”

Recent Classwork: I graduated last year from Aaron Sorkin’s Screenwriting Masterclass, which included many video lessons, workbook projects, various written assignments, on-line group discussions of prior Sorkin work, as well as that of other noted writers. Also, several “Hub” discussions which focused on critiques of Masterclass classmates’ projects-in-the-work…as well as writing in general. Discussions also included current and past notable series and movies …andwhy they didn’t quite ‘work.’  There was also a discussion of HOW to re-boot “West Wing” as a series…not just among Workshop members, but also prior cast members who expressed almost a unanimous interest in seeing the series reborn in some manner. In my final Video Pitch assignment, I suggested “West Wing-The Musical” …particularly considering Sorkin’s Degree in Musical Theatre. Though it was the NON-musical version which prior cast members, as well as prior producers of West Wing 9and Sorkin himself), expressed interest in exploring at least ONE final episode…as closure of unresolved issues in the storyline at the time of Sorkin’s exit at the end of Season 4.  (Though the present future of any West Wing reunion remains oddly ‘quiet.’)