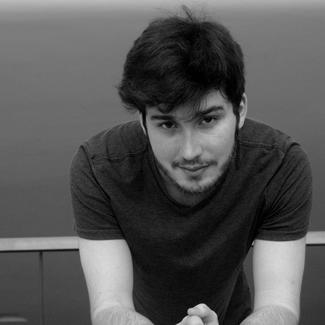 Alexander Richardson has been writing plays for over eight years and has been ensnared in the world of theatre even longer than that. His works have been produced at several different companies, ranging from originals to adaptations, comedies to dramas, as well as film. His most recent work was Your Better Self at The Mockingbird on Main, an expansion of Alice Gerstenberg's Overtones. His other plays include (a work in progress), Enemy of the People, Ghost Light, Alone, and Their Town, among many others still waiting for their first breath on stage. His passion and focus as a writer is making the past present again.

Alex also produces a podcast, Barely There Theatre, where original audio plays are released monthly for free. You can subscribe on your platform of choice at barelytheretheatre.com/listen.

If you're an agent or you know an agent, let him know, he's looking to make that certain special connection.