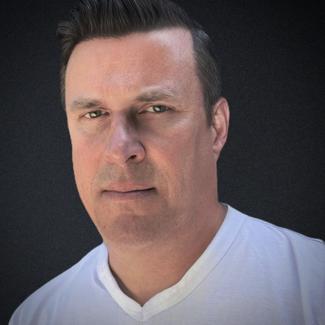 Alan Olejniczak is a San Francisco playwright and opera librettist. He is the Playwright in Residence with The Proscenium, a London-based online theatre company. Their first season includes his plays: Next of Kin, Helt Texas, and his adaptation of A Christmas Carol with David Ricardo-Pearce. Their second season will premiere his plays: WorkForce, Transgress, and Plunder. ​His first opera, Death of Ivan Ilych with music by John Young received a co-premiere partnership in 2021 with Opera Orlando and Thompson Street Opera Company in Chicago. In August 2021, his site-specific opera, Unbound, with music by Nathan Hall, premiered at Studio Friction in Denver and will get its second production Palm Springs this November. Next year, His play Concerto, will premiere with Lyric Theatre of Oklahoma, and his opera Dreams Americanos with music by Chris Pratorius Gómez will premiere in Houston with I Colori dell'opera. Alan currently has six other operas in development and set the text for a song cycle, A Light Rekindled, with Iranian-American composer, Amin Sarrafi, and a Christmas oratorio, Yosef and the Counseling Angel, with Cole Thomason-Redus.

​Alan is an alum of Micro Galleries, a global arts initiative that uses art as a vehicle to create positive change through creative interventions in public spaces, workshops, symposiums, think tanks, and residencies. Alan was the Artist in Residence for Hawai’i Volcanoes National Park and the first playwright ever selected by the National Parks Arts Foundation. Alan’s other artist residencies include: Micro Galleries in Patan, Nepal; Nes Residency in Skagaströnd, Iceland; along with the prestigious The Arctic Circle Residency, sailing the icy waters around Svalbard. Alan has an upcoming artist residency this September on the Italian island of Sardinia with Nocefresca.  Alan is currently a board member of Opera Parallèle and a member Opera America.