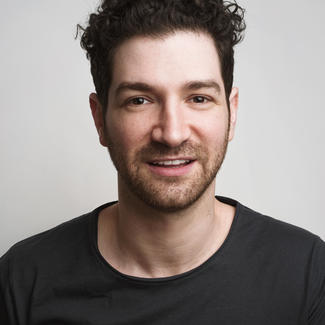 Adam Wachter is a composer, lyricist, and music director featured as Music Director on six episodes of the 2019 Disney+ series "Encore!", produced and hosted by Kristen Bell. He is the recipient of the 2018 Stiles + Drewe Prize for songwriting, and his original musical Tarrytown won the 2017 San Diego Critics' Circle Award for Best New Musical. He composed the music for the ballet "On Lincoln Square," which premiered at the Vail Dance Festival as the choreographic debut of Tiler Peck. In 2016, Adam wrote both the score and screenplay for the award-winning short film "Sign". Adam has created music for the series "Wacky Races," "The Battery's Down," and "Submissions Only," and his music-directing credits include the New York productions of Old Jews Telling Jokes, Carrie, Unlock'd, and Yank!, as well as shows at regional theaters throughout the U.S., including the Old Globe, Signature Theatre, Barrington Stage, Shakespeare Theatre, Bay Street, Pittsburgh CLO, The Wallis Annenberg, Weston Playhouse, and more. His Broadway keyboard credits include War Paint, Allegiance, Finding Neverland, Peter Pan, and The Addams Family. Adam received a BTA from the University of Michigan and an MA from Goldsmiths, University of London, and is on the musical theatre faculty of the Royal Welsh College of Music and Drama.