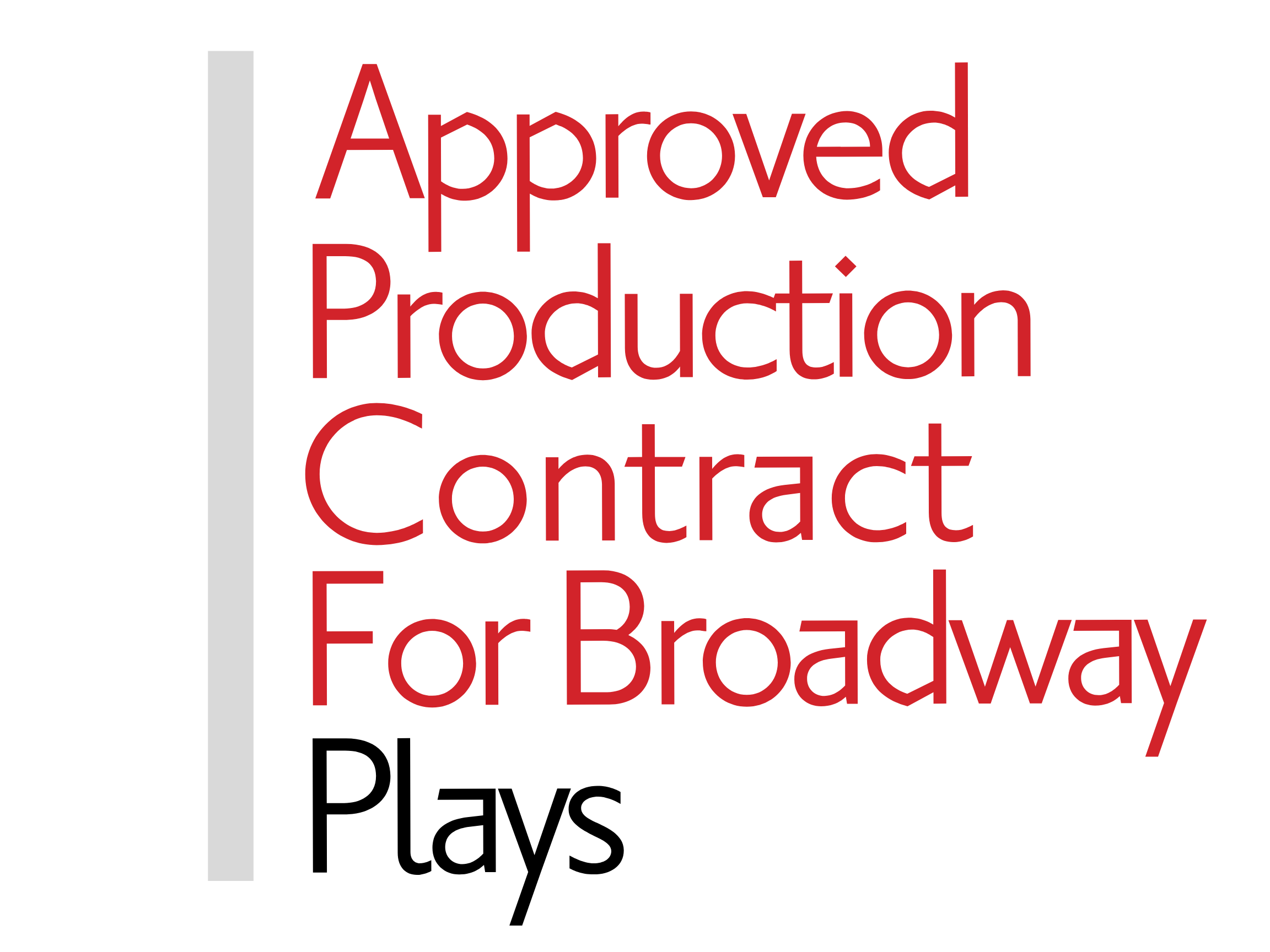 APC or Approved Production Contract for Broadway/First Class straight plays. Requires Guild certification. Before the formation of the Dramatists Guild, dramatists did not own or control their work; they were rarely even paid royalties. But beginning in 1926, the DG negotiated a contract with producers for licensing “First Class” (e.g., Broadway) production rights.